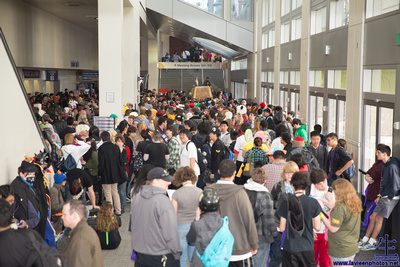 We attended SacAnime Winter 2014 in the beginning of January, our third visit to this popular and ever-growing biannual Anime convention. Boasting an attendance of over 10,000 (9000? That's so last year!) this was easily the largest we've seen it so far.


Although there were a lot of attendees, registration was fast and efficient - no half day "line con" waits here, a great surprise when compared to some of the larger conventions we've attended. Staff efficiently guided people into lines instead of allowing chaos to run its course, and the convention definitely went more smoothly for it. The location was convenient as well, with several nearby hotels and a variety of good and reasonably priced restaurants in the vicinity. This is not always the case for conventions, and definitely enhanced the experience. 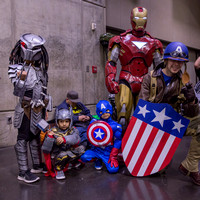 Cosplay of course is one of the staples of Anime conventions, and we we were not disappointed. Spanning Anime, Comic, Sci-Fi,  and even self-created characters, there were no shortage of subjects represented as people brought their favorite characters to life through their costumes. Although it's not always a group activity, many cosplayers come in groups to represent their favorite series or even just a particular genre. We were actually pleasantly surprised by several family cosplay groups, where people not only took part in the event but passed down the tradition of amazing cosplay craft to the next generation of costume artists. Judging from this picture there will be a lot to look forward to! 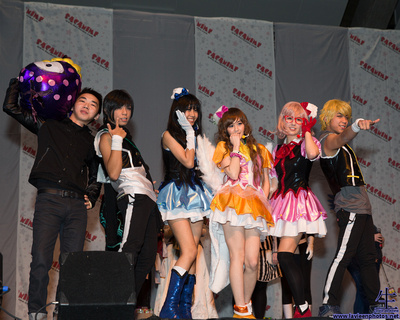 The masquerade on Saturday pushed the spotlight directly onto the cosplayers, with several group skits highlighting not only their costumes but also acting, singing and dancing talent. The winner of the karaoke contest held earlier was invited to the stage to sing one more song, and many more single costume entries for the costume contest. Some of the most creative costumes were brought to the stage one more time to receive awards from the judging panel, including unique accolades for the most traditional techniques, the least amount of layers to achieve an effect, the youngest entry, and a variety of others. One cosplayer even made the list at age 50, shattering preconceived notions of what judges look for in these contests. Most importantly, it was also a friendly, fun competition and not the kind of over-sensationalized, hyper-competitive event which certain "reality" shows might like to depict it as. 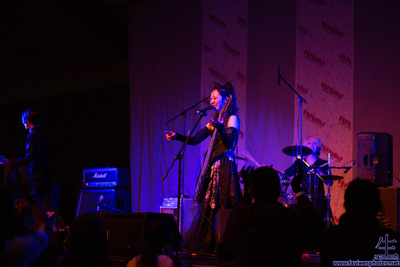 SacAnime is not only a cosplay event. With two nights of live music after the day's events and a variety of panels and workshops, there was plenty of entertainment to be had. Kazha, depicted in this photo, made their way from Japan to rock the audience for two nights with songs from their new album. There was also a strong set of artists and voice actors from both the Anime and video game industries, offering interviews, autograph/photo sessions,  industry insights and even sharing experience and art techniques in a variety of panels. Dance classes and dances, the ubiquitous Anime convention performance cafes, vendors, the "artist alley" spaces where smaller artists can display their own creations, and many more of the usual aspects of the convention experience were well represented. 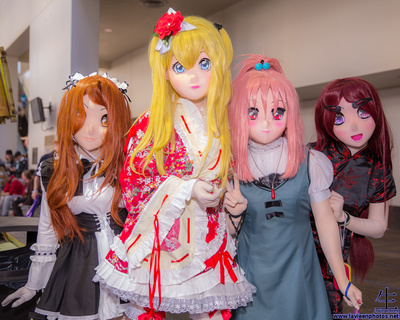 In the end, SacAnime continues to exemplify what is perhaps my favorite part of the convention experience: the creativity of the attendees. While people are brought together by the industry guests and entertainment, each attendee becomes part of the experience through cosplay, artwork, shared experiences and meeting new people. If you've never been to a weekend-long Anime con, SacAnime would be a great place to start. SacAnime Summer is already being organized as I type this, registration opens on March 1st but hotels are already being booked - VIP badges are currently being offered with each night booked at the Sheraton. See their website at http://www.sacconventions.com and their Facebook page at http://www.facebook.com/SacAnime for more information. Also see our galleries for many more photos from the event here: http://www.lavieenphotos.net/f708805942