We're back! We attended SacAnime's Summer 2014 convention and as with the Winter 2014 event, it was an amazing experience. With an attendance over 13,000, about 3000 more than the typically bigger Winter show, it's becoming a bigger event as well. Everything is still well organized and the convention is full of things to do, and more people meant more participation. And participation is what made this event special. 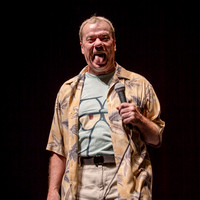 This time around we explored a bit more of the convention, taking in a few Q&A sessions along the way. Rodger Bumpass, the voice of Squidward from Spongebob Squarepants, was a genuine standout. His ability to summon the Squidward persona effortlessly, not merely the voice, combined with his great sense of humor and genuine dialogue with the audience to make a lively session. It was the most fun I had personally while watching and photographing any of the Q&A sessions. 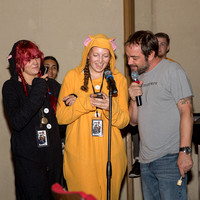 Mark Sheppard also had a memorable panel. It was clear that he had a good grasp of who his fanbase is, and used this understanding to great effect. This made his talk quite entertaining if somewhat less than predictable for people who wanted to ask questions. Interacting with the audience beyond the call of duty with intense charisma, he asked many questions of his own and in the end memorably made quite sure that everyone was aware that he never played a "bad guy" - only morally flexible characters, of course. 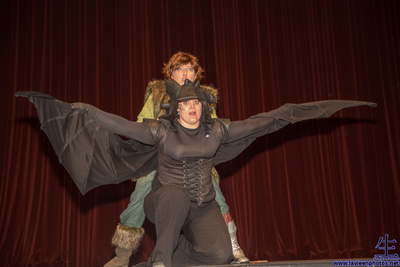 Another convention favorite of course is cosplay, and SacAnime did not disappoint. A with wide range of characters from anime, sci-fi, video games and even western cartoons such as adventure time were on site to show their costume creating skill. The masquerade was also longer this time around, with a more extensive set of participants and more performances overall. 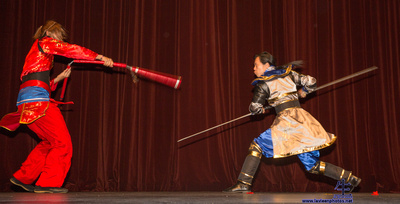 Cosplayer participation in the masquerade overflowed with a fully costumed martial arts display, several songs performed by both karaoke contest winners and others, dancing, and many more themed skits. The audience packed the rather large auditorium and added to the energy. 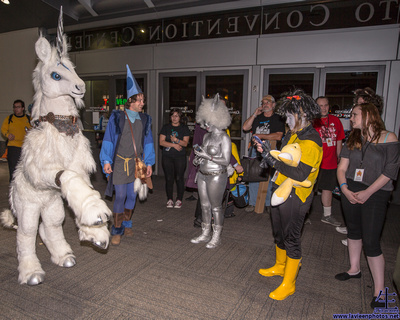 The convention didn't sleep early either. Live music was performed both Friday and Saturday nights. As with the masquerade the crowd was right there with the performers, bringing tremendous energy to the room. The excitement flowed out into the convention halls as cosplayers gathered and even put on in-character performances, which would be more difficult during the daytime with so many people walking around.

You can see our full event coverage at http://www.lavieenphotos.net/f1036401400. While the Summer 2014 convention may be over, the Winter 2015 event is already being planned and there's room for you! Whether you enjoy anime, cosplay, science fiction, are an artist, or just enjoy getting out and seeing an event where the attendees are a true part of the experience, we've found SacAnime to always be enjoyable and welcoming. Visit SacAnime's website at http://www.sacconventions.com and their Facebook page at http://www.facebook.com/SacAnime for more information. Until next time! では、また！